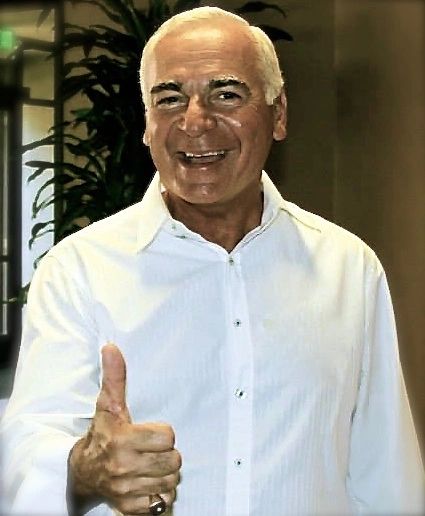 Steve and Karin have been married for more than 40 years and have six amazing adult children.

Steve began his musical career as a drummer, receiving his first pair of sticks at 6 years old from the  legendary, Philly Joe Jones.

From early childhood, Steve Puleo has been involved in music. He is the son of a popular female vocalist, and his father was one of the premier jazz guitarists of his time. Steve began studying drums when he was six years old after receiving his first pair of sticks from legendary jazz drummer Philly Joe Jones, and by age 15 was well on his way, playing in clubs (illegal for a kid his age), with musicians who “looked the other way.”  Upon his graduation from high school, Steve joined the U.S. Air Force band as a drummer and vocalist, and then attended college for a few years before going on to pursue his musical career as a freelance drummer with some of the most popular names in the entertainment industry. In his early to mid twenties, he worked out of a San Francisco recording studio, as well as touring and playing as a drummer and vocalist.  For the past 35 years Steve has been traveling around the world as a vocalist, as well as a drummer, a producer and recording artist, building bridges between many genres and styles of music.  He is also strongly involved in his church, The Pursuit, as a worship leader.  Steve and his wife Karin reside in Sonoma County, California

His most recent album, “Smile,” is a project dedicated to Steve’s late mother, who makes a cameo appearance on a beautiful rendition of “The Nearness of You.” Steve’s rich, smooth voice reminiscent of such singers as Joe Williams, Frank Sinatra, and Tony Bennett, is complimented by some of the finest players in the industry.  The album features two snappy duets with Steve’s daughter, Macy, and the outstanding arranging and orchestration of Denver based producer and pianist Jerome Gilmer.   This is a rare collection of some of the most beautiful and popular jazz standards of all time, and is guaranteed to keep you smiling from one great tune to the next.

You can find the album, Smile, along with Steve’s other recordings, You Are, All Nations and He’s Been Fatithful, on iTunes, along with most digital platforms.  For hard copies (CDs) just drop us an email and we’ll get you hooked up.

You can book Steve for singing engagements, as well as drumming or production assistance through the “Contact Us” button, or by phone at 707-495-6845.

Sign up to hear about upcoming shows, albums, and events.